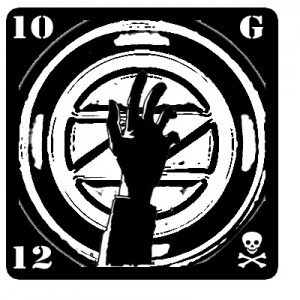 10-G-12 is a blue, slightly iridescent liquid that is taken in small repetitive doses orally.  Side effects include blurred vision, a drop in coordination, slurred speech and impaired judgement, followed by potential severe headaches eight hours after consumption.  This, however, is far better than the symptoms of the virus itself, which includes uncontrollable rage and cannibalism.

Because of the rarity of the inoculation serum and the extreme conditions in which it is produced, quantities are distributed sparingly to O.Z.O. operatives at events, administered by O.Z.O. staff.

Those under the age of 21 receive no benefit from the 10-G-12 virus inoculations, and because of the scarcity of the serum, are forbidden from ingesting it.  Those with proof of age will be provided the inoculation. Those without will not. No exceptions.