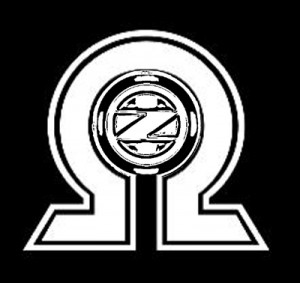 The members of Outer Zone Overnight do all that we can to honor former family members who are no longer with us.  Many have been taken from us over the last few years either suddenly, or very quickly.  Every loss is painful.

We never have enough time with those we love.  The best we can do to honor those we have lost is to live life well and to its fullest, with love and compassion for all we encounter.

Rebecca could light up a room or turn the lights out on the room at her discretion. She was a powerful lady and was a tower of personality, with a heart of gold.  Her loyalty as a friend is beyond question.

Rebecca was one of the first to jump up and volunteer for the crazy concept of Outer Zone Overnight.  For O.Z.O., just as for anything else she put herself into, she was all in.  She was one of the organization’s first “Advanced Scouts”, making pre-dawn trips to far away God-forsaken locations in the middle of nowhere, suffering in the dry 110 degree heat to find that special forgotten treasure with the rest of us, kinship.  More often than not, she was the walking proof that we had it.  Rebecca had terminal cancer. She fought a hard battle, but in the end was taken from us far too quickly.  We miss you Becca. We will see you at waypoint Omega.

Rebecca, fifth from left top, shotgun at Site B range.

Dennis was the man that if you did not already know him, you wanted to.  If you knew him a little bit, you wanted to know him more.  Not because of popularity or status or wealth or power, but because he was a good man, and a genuine person, and put others ahead of himself.  Dennis was a man who lived life to the fullest.  He had in him a deep spirit of adventure.  Dennis attended the first Outer Zone Overnight event, Mini Nuke I, blazing into the the area of “Silo Camp” at Site A in a massive motor home ready for adventure.  Dennis was not feeling all that well at the event, speaking of some stomach trouble he had been having, yet he still participated in the exploration and celebration. It was not long after that event that the official explanation was discovered for his stomach pain.  Dennis had terminal cancer. It claimed him very quickly. Dennis will always be remembered. We miss you Dr. Overkill. We will see you at waypoint Omega. 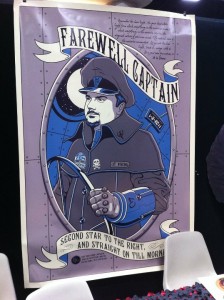 Kevin was lost to the world as result of an unknown ailment that quickly claimed him.

Kevin had discussions  with the O.Z.O. founder prior to the launch of the organization, providing mentorship,  and was inspirational to the formation of O.Z.O. and its principals.  Though Kevin never got to attend any O.Z.O. function, he is highly thought of, and missed, at each and every one, by those who knew him in any way, shape or form.  O.Z.O. has several subtle homages to Kevin that are not readily apparent or heavily advertised.  Kevin was the inspiration for much of the back story and what occurred on the O.Z.O. outings relevant to “Zombie” outbreaks.  Kevin’s ethics in business and friendship is what O.Z.O. founders and organizers aspire to maintain in honor of his mentorship.  There are few who walk that have ever had such breadth of being.  You were inspiration in all you did.  We miss you Kevin. We will see you at waypoint Omega.