Some argue that this acronym is three lies in one, claiming that the contents are not a meal, nor are they ready to eat, nor are they edible. These people obviously have never had a modern M.R.E.,and have not been hungry enough to appreciate them.  O.Z.O. stockpiles as many M.R.E.’s as possible, and occasionally makes quantities available to purchase by members and non-members.

One M.R.E.typically contains enough calories for one days intake, and can be stretched to two days if absolutely necessary.  They last for quite a while if stored properly.

Almost every component that goes into an MRE has a date code stamped on it in the form “0132” (see above explanation). Everything from entrees, crackers, peanut butter, accessory packs, etc. – they all have date codes. If you can open up your M.R.E., you should be able to figure out how old each piece is.

Because food is life, M.R.E.s are sold at cost by O.Z.O., which varies according to what the supplies were attained at.  Please ask for current prices if you seek to purchase M.R.E.s. 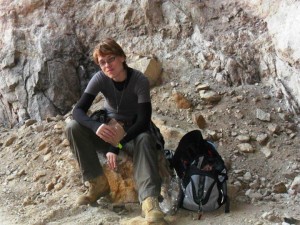 Refueling with an M.R.E. biscuit while on Scout